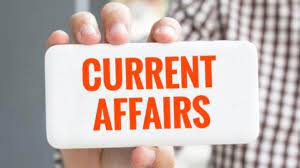 6- OECD estimate growth cut of India to 9.9% FY22- The Organisation for Economic Co-operation and Development (OECD) has cut India’s growth projection to 9.9 % for Financial Year 2022. In March, it estimated growth to 12.6%.

The rate was cut witnessing covid cases lockdowns which have threatened to stall the nascent economic recovery of India.